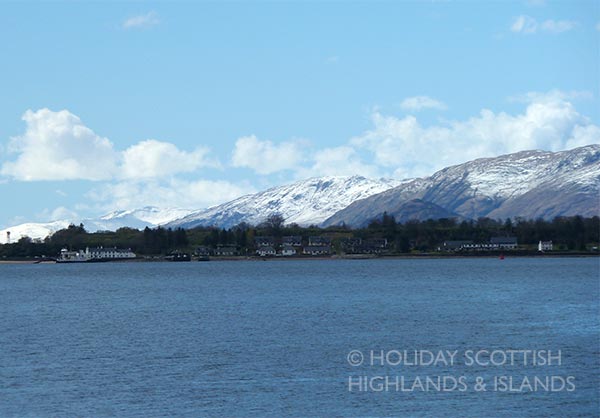 Scotland’s weather is well-known for giving you the opportunity to experience four seasons in one day. Although you may think the summer is the time to go on holiday, is it really the best time to visit Scotland? When we asked our lovely local people their favourite time year in our What to see in Scotland – Local Tips section, they gave a whole range of answers.

Scotland in the Spring

In spring, birds migrating north use the beaches as feeding stops so you can see flocks of waders on the west coast and the islands off the west coast. Birdsong fills the air as migrant birds such as wood warblers, redstarts and tree pipits join the tits and finches that are resident in the woods all year round. Many birds are displaying in the spring so they can be easier to spot.

Seasonal changes take place later the further north you are. This means we’ve been lucky enough to see the bluebells in England in April and again in May whilst on holday on the Isle of Mull. Who wouldn’t want a second chance to enjoy the sight and scent of a bluebell wood?

One of the must-see sights of Scotland summer is the stunning machair of the Outer Hebrides in bloom. Machair is incredibly rare and is only found in two places in the world – the north-west of Scotland and the north-west of Ireland. Machair is the result of nature and man. It’s formed on low-lying coastline where the sand consists partially of shell fragments and weather conditions where strong winds are combined with right amount of rainfall. People and their grazing animals are the key to machair creation.

The best places to see the machair is the Uists, Tiree, and on Barra. It can also be found in Orkney, Shetland, Lewis, Harris and many of the Inner Hebrides. Scottish Natural Heritage (SNH) suggest that South Uist is “perhaps the finest of all” and though it’s the only place where I’ve seen the machair it was absolutely stunning. In May the machair is white with daisies and although this is a beautiful sight, the summer is when the machair is at it’s best.

Scotland in the summer

The summer is a beautiful time to visit Scotland and with the school summer holidays it’s also the busiest. The weather can be gorgeous and sunny. (Don’t forget your sun cream!) It can also be wet so just take layers and be prepared. On the plus side I’ve never seen so many rainbows, including double-rainbows, as I have in Scotland.

You also get wonderfully long days with the sun setting after 10pm at night. So you really get to make the most of your holidays. Obviously though the lack of darkness, has its drawbacks if you want to experience the northern lights or the incredible star-filled skies and shooting stars.

Be aware that the summer months are the months for midges. Just be prepared and don’t let it put you off. Read: Midges in Scotland & how to prevent midge bites

As mentioned above, machair flowers start to appear in spring but it’s summer where the machair is breathtaking. We’ve only ever seen the machair on the Isle of South Uist. Our stay started the last week of June when the machair was covered in yellow flowers and by the time we left in July it had been replaced with purple and pinks. It seems that colours can vary between crops and generally it’s considered that the best time to visit Scotland if want to see the machair is in July and early August before the harvest in mid-August.

If you want to see the young golden eagle or white-tailed eagle chicks then the best time to visit Scotland is June/July. The eagle chicks will be taking their first flights but staying close to the nest so it can give you great views.

Basking sharks and minke whales migrate to feeding grounds mainly around the west coast of Scotland, although some are seen off the east coast. In areas where these creatures are usually seen, there are companies operating boat trips. Basking sharks can also be spotted surprisingly close to the shore so keep your eyes peeled on coastal walks.

Scotland in the autumn

September is one of our favourite times to visit Scotland. With autumn and the dark skies, it means you will get to see breath-taking skies filled with stars and the Milky Way. I’ve also seen shooting stars at this time of year. In September 2015, we saw the northern lights for the first time when on holiday in Scotland, though locals we spoke to said it was quite unusual to see them so early in the year. Read: Can you see the northern lights in Scotland?

Marine animals are an obsession of mine and I will happily spend hours sitting on a headland waiting for a fin to appear above the waves. Scotland is a fantastic place to view whales, dolphins and sharks. You could see:

We’ve had some of our best sightings from Calmac ferries so if you’re travelling by boat, it’s worth staying out on deck armed with your binoculars and scanning the sea.

Scotland in the winter

Obviously, there will be shorter days and longer nights with the sun rise possibly being around 9am and setting at 15:30. The perfect excuse for a lie-in! The longer nights provide the best chance of seeing the northern lights. If you like wrapping up for a winter walks, and then coming home to a cosy cottage, a cup of tea or a wee dram of your favourite single malt whisky, then winter could be your best time to visit Scotland.

Scottish wildlife in the winter

Scotland is a wintering ground for birds from the Arctic come to Scotland to spend the winter so you can see various migrants including flocks of geese, ducks, bewick swans and whooper swans. It’s also another good time to see eagles and red deer.

The Scots are well-known for their new year’s eve celebrations, so that’s another reason to visit in winter if you like a party.

So, I hope this helps you make your decision about when is the best time to visit Scotland for the things you want to see and do. Basically, I think the Scottish Highlands and Islands are worth visiting at any time of year and you should plan a few trips to experience different seasons. When do you think is the best time to visit Scotland and why?